What a fun night!

Thanks to Amex Canada, I went to a pre-screening of the FINAL Hunger Games movie “Mocking jay Part 2” …I can’t believe it’s come to an end!!   I kinda felt the same painful pangs in my heart that I get from saying goodbye to cute cats or the last bite of an epic Chipotle burrito….tear. 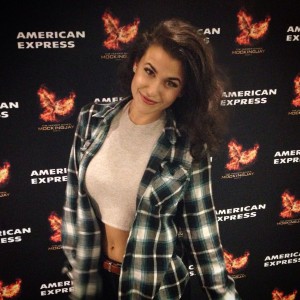 SO without giving too much away this is what I can tell you about Mocking jay Part 2 — Expect the unexpected!  I know that sounds cliché but there were many twists and turns that I was not expecting.  One of the things that impressed me most was the graphics.  The post production was incredible with all the action really coming alive.

I took my friend Matt with me and he literally was having heart palpitations throughout the entire movie…there’s not alot of down time to rest its completely action packed! 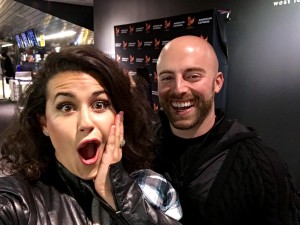 Can I just say I am obsessed with Katniss and Peeta!  I highly recommend you checking out Mocking jay Part 2 – It’s in theatres November 20th. 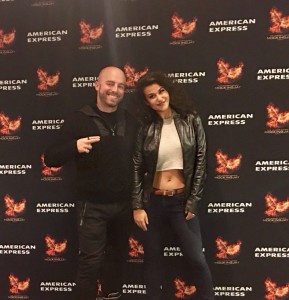 You can get a taste of Amex Cardmember perks too! The next opportunity is an exclusive dining event at one of Canada’s top 10 best new restaurants as determined by Air Canada’s enRoute Magazine that features a prix-fixe menu created by an award-winning chef.

Goodluck everyone – sending you happy vibes! <3

Hello internet friend -- Thanks for stoppin' on by! This website highlights the small/simple things I do in my every day life to help me maximize my happiness. My hope is that you read something on here that helps you increase your happiness too!